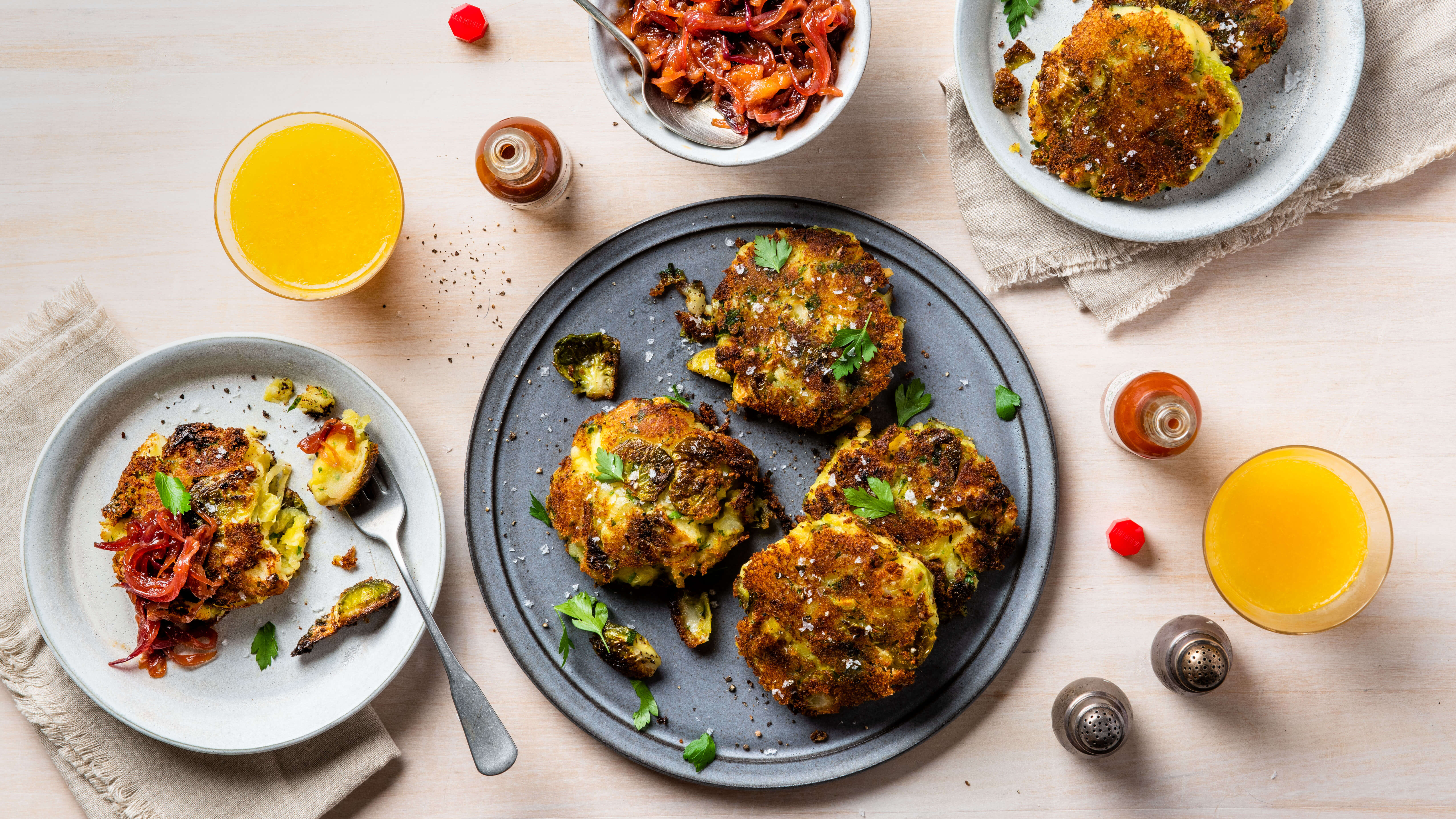 For the bubble and squeak:

In a pan, heat the oil for the marmalade and then add the onions, frying for 2 minutes until they start to brown

Add the sugar and the remaining marmalade ingredients, reducing the heat to low and allowing to cook through for around 20 minutes until thickened

Once the desired thickness is reached, set the marmalade aside to cool

In a pan, boil the potatoes in salted water with the cumin and turmeric. This will give the potatoes a nice yellow color

In a separate pan, boil the prepared brussels sprouts and leeks for 5 minutes in salted water or until they are tender

Drain the potatoes well and mash them roughly with a fork

Then add the TABASCO® Sauce and oil to the mashed potatoes. You may need to add slightly more or less oil depending on how dry the potatoes are

Add the brussels sprouts and leek mixture together with the cilantro, and then mix well

Season to taste and allow to cool slightly

Divide the mixture into medium-sized balls, and then pat them down to make patties

Fry the patties in a lightly oiled pan for 3-4 minutes on each side, or until each side is golden and the cakes are heated through

Alternatively, these can be placed onto a baking tray and into a hot oven (425°F) until golden (approximately 20 minutes)