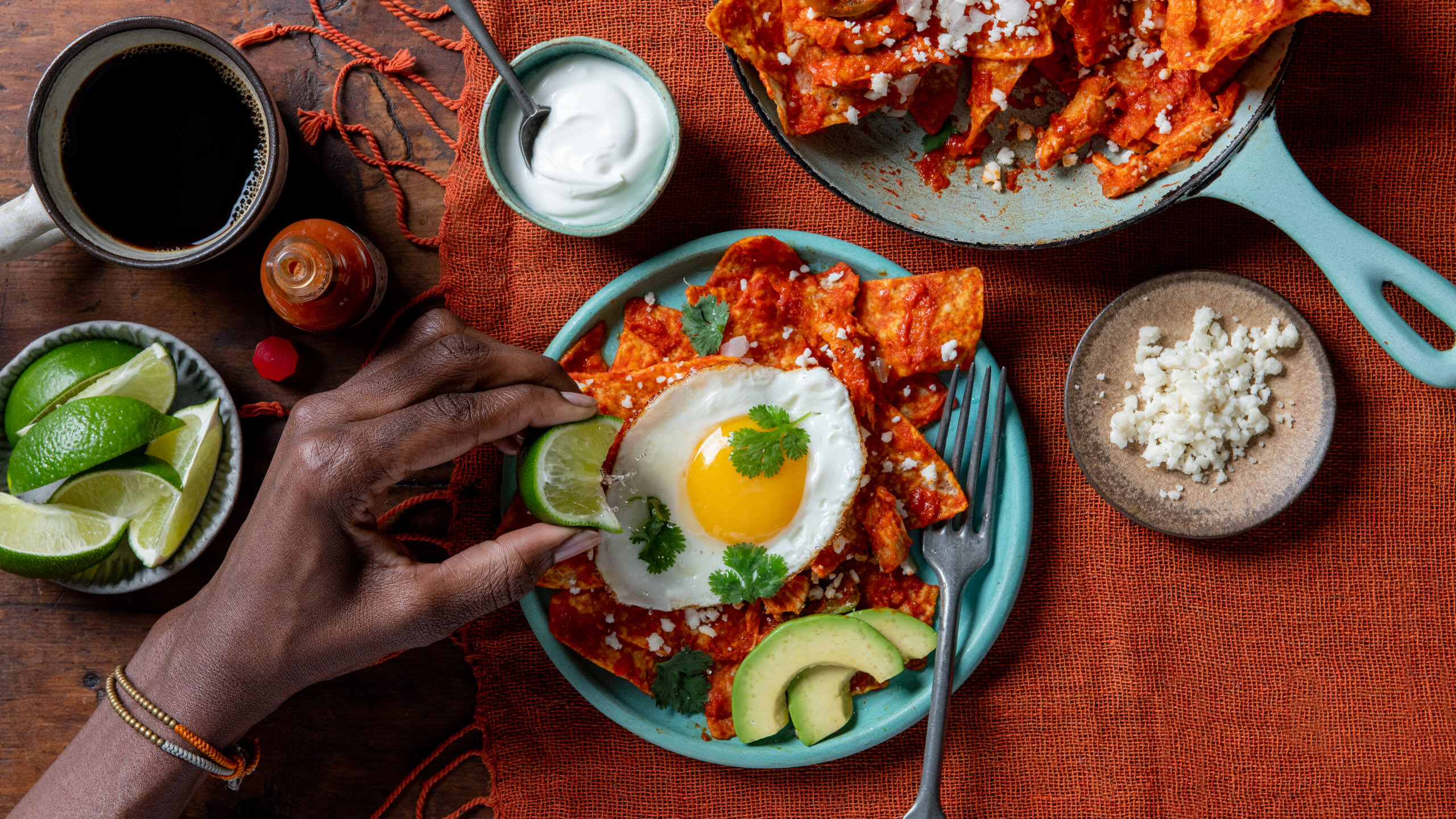 For the salsa rojo:

Begin by toasting the cumin in a frying pan until fragrant, and then set aside

Toast the garlic until golden, then set aside

In a blender or food processor, mix the toasted cumin with the garlic and plum tomatoes. Blend until smooth

Return to the pan, and reduce the blended mixture to a thick consistency, until the sauce is thick enough to coat the back of a spoon, then remove from the heat

Once cool enough, pulse the mixture in the blender or food processor with the toasted tomatoes and onion until a coarse texture is reached – you are not looking for a soup consistency

Transfer the mixture to a bowl and season with the lime juice, TABASCO® Sauce and sea salt

Set aside until you are ready to assemble the chilaquiles