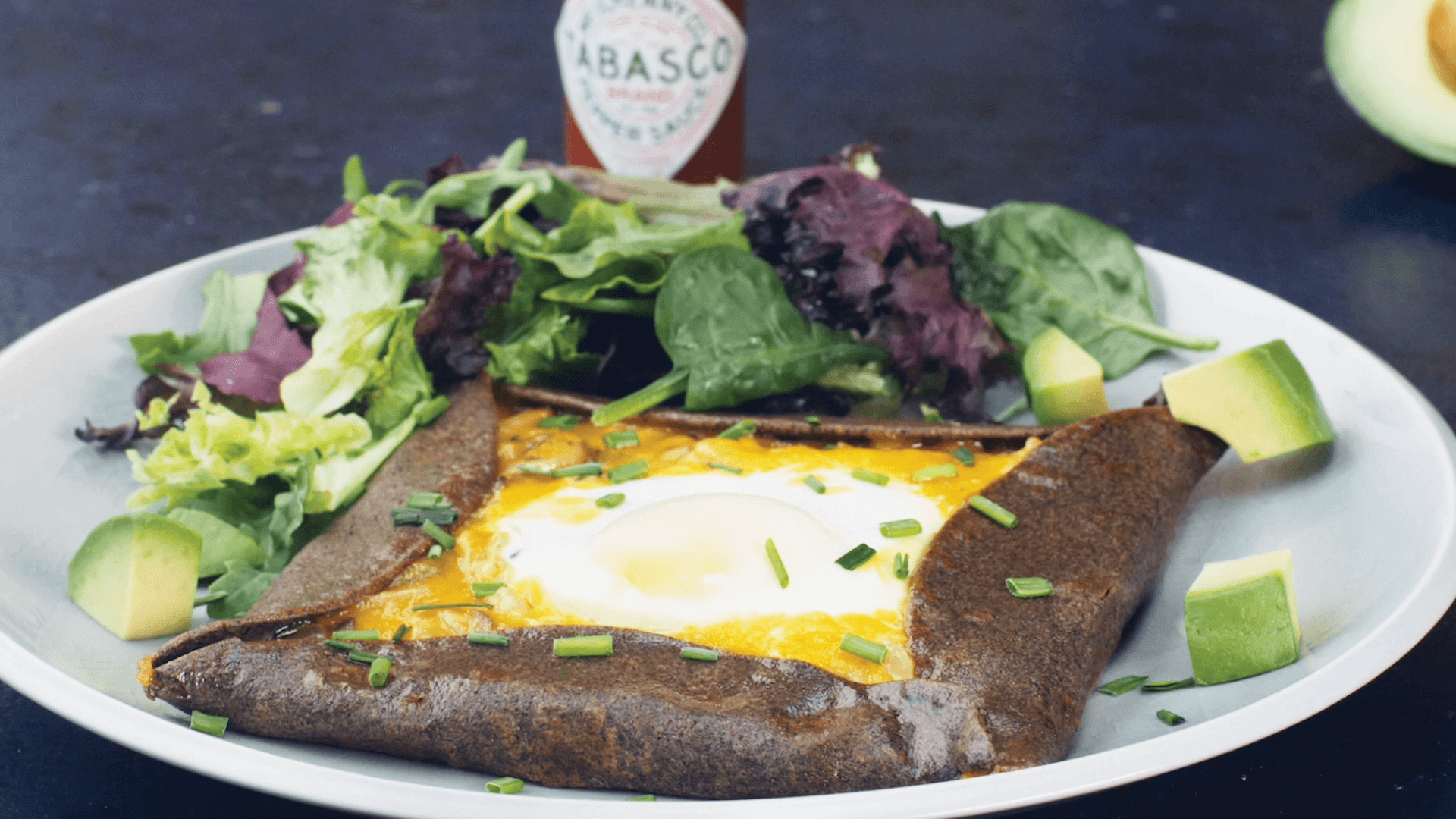 For the pancakes, sift the flour with a pinch of salt into a mixing bowl, then crack in the egg into the bowl and mix well

Add milk or water as necessary until the batter is a thin, cream-like consistency, beating well until smooth and well combined. The amount of liquid you need will depend on the flour you’re using. Set aside while you make the filling

For the filling, heat the oil in a frying pan and fry the onion or leek until softened

Add the mushrooms and ham, and cook through

Add the baby spinach and cook for 2 minutes until it wilts, stirring frequently

Add the cream and TABASCO® Sauce, then bring to the boil and allow to thicken slightly

To cook the pancakes, heat a little olive oil in a large non-stick frying pan, and pour in enough batter until it thinly covers the base of the pan

Fry for about a minute until the base is set and beginning to turn light-brown. Turn over using a spatula and cook the other side

While the pancake is still in the pan, spread half the cream filling over the pancake

Remove the pancake from the pan and keep hot. Repeat with the remaining batter and filling to make another pancake

Serve topped with parsley or chives

Zucchini Shakshuka with Avocado and Feta